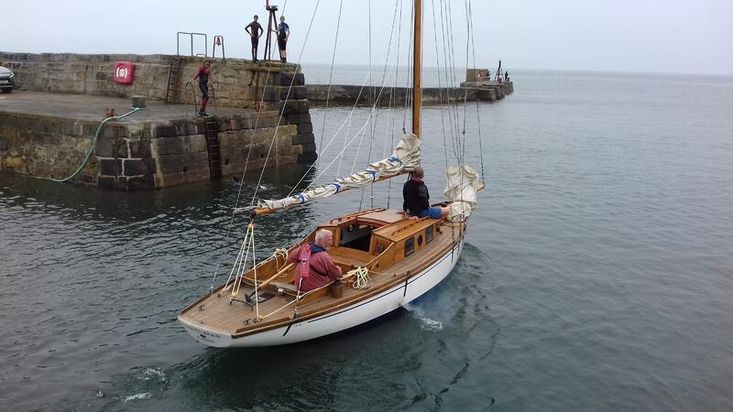 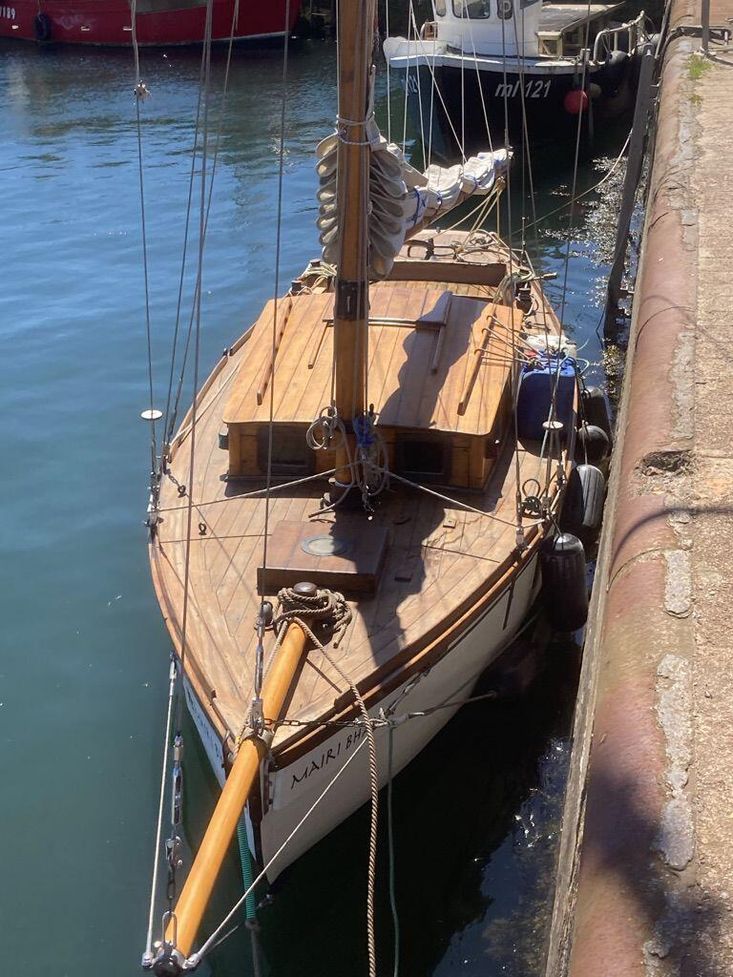 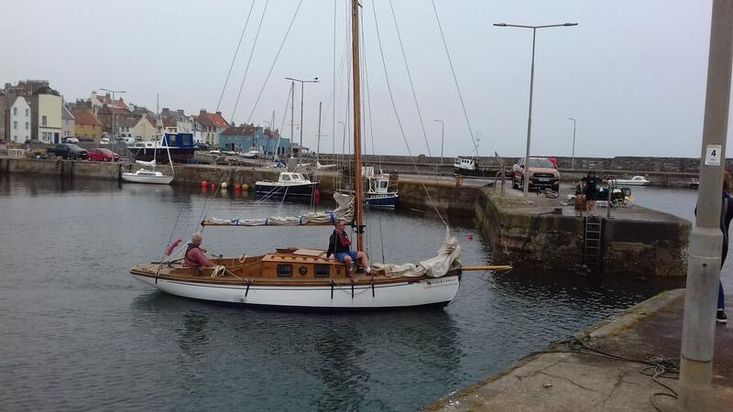 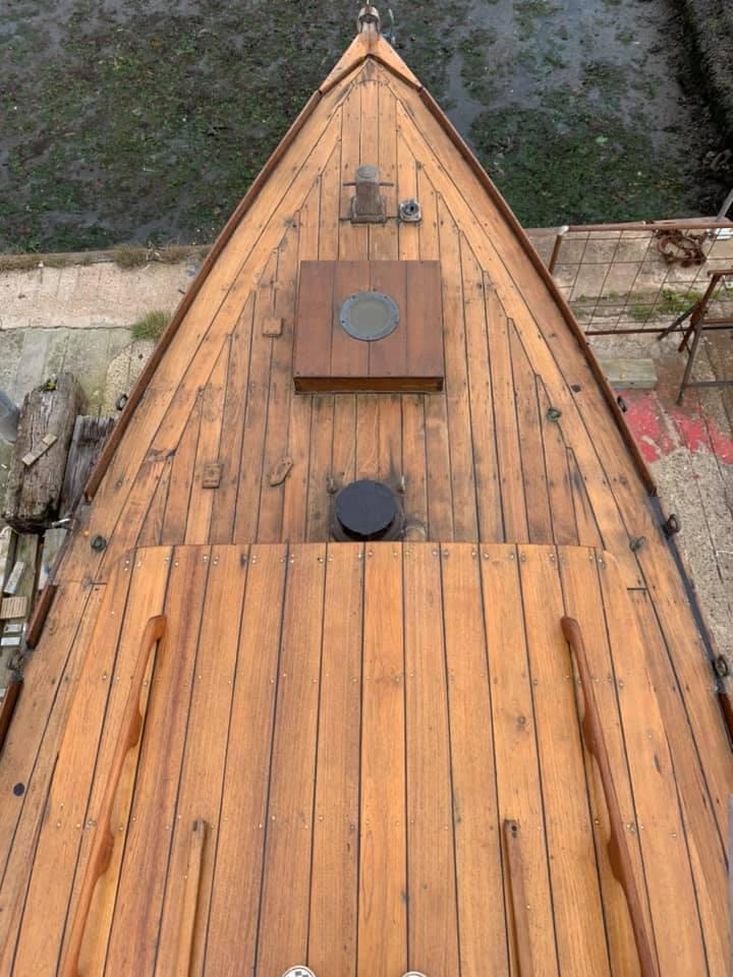 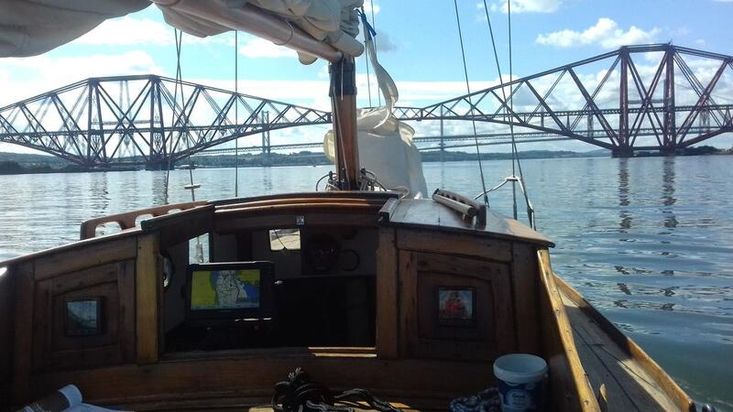 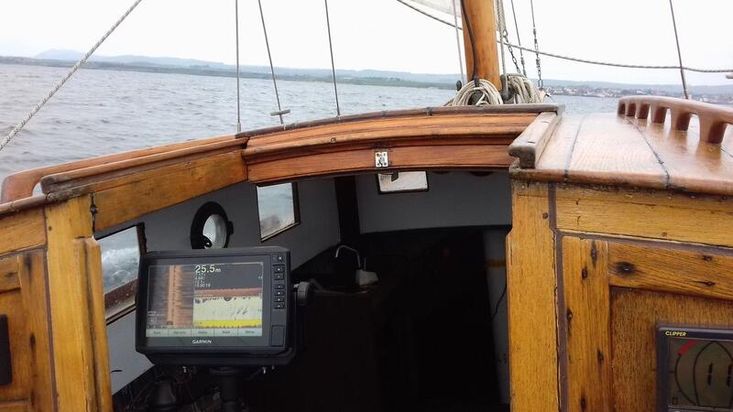 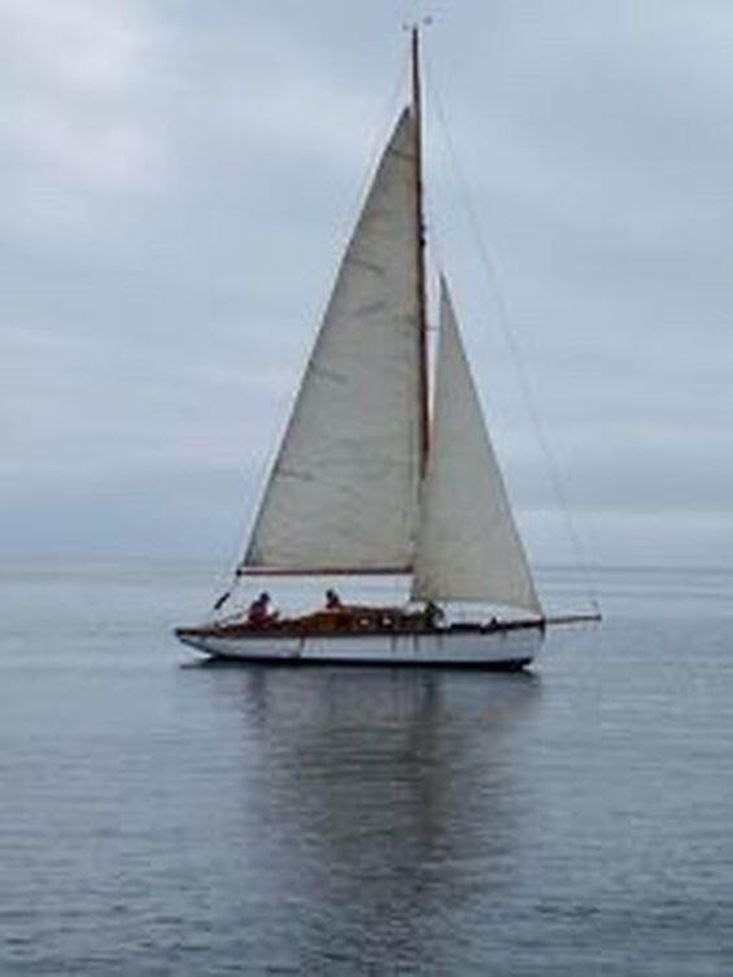 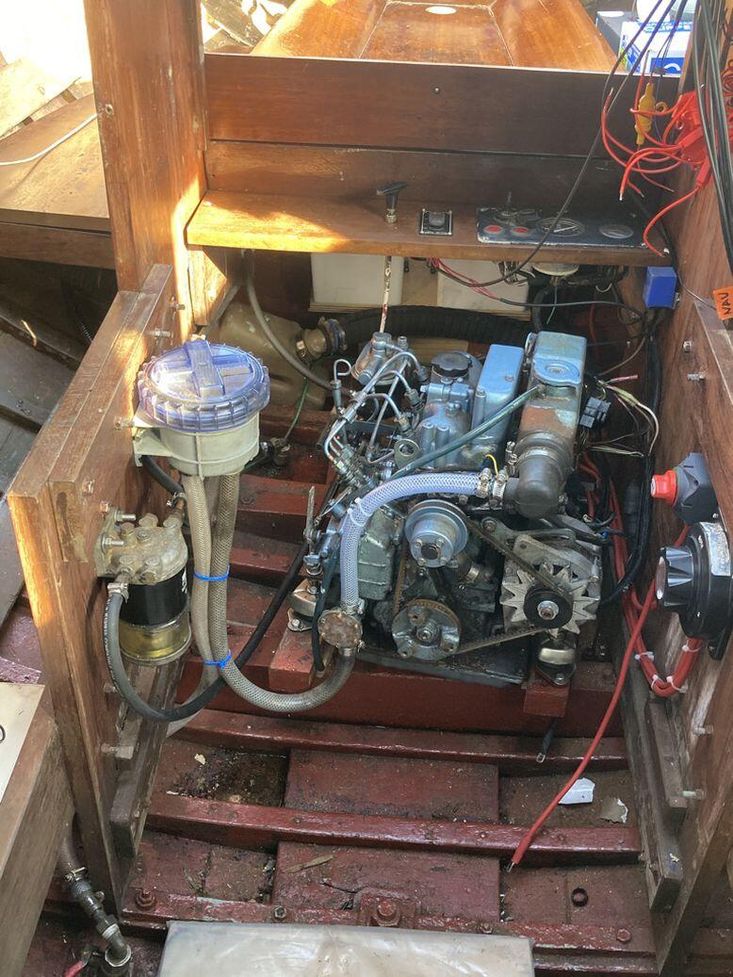 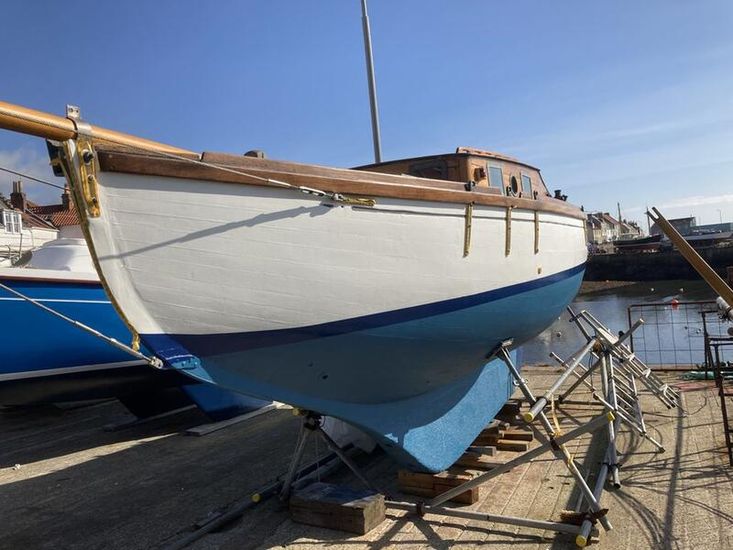 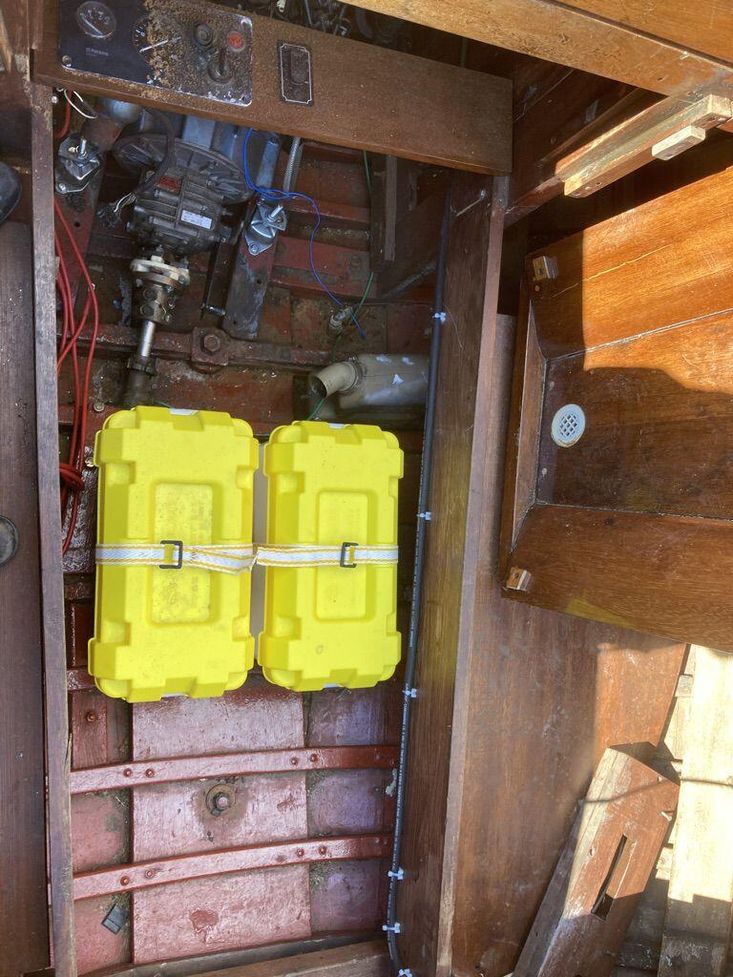 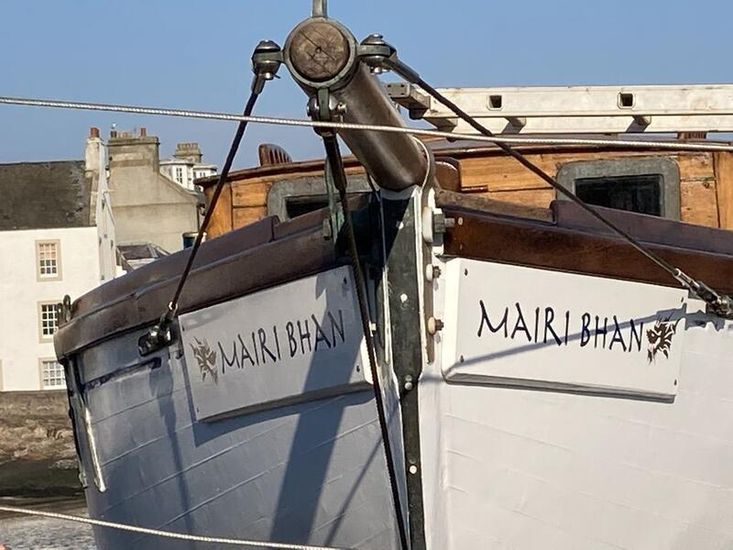 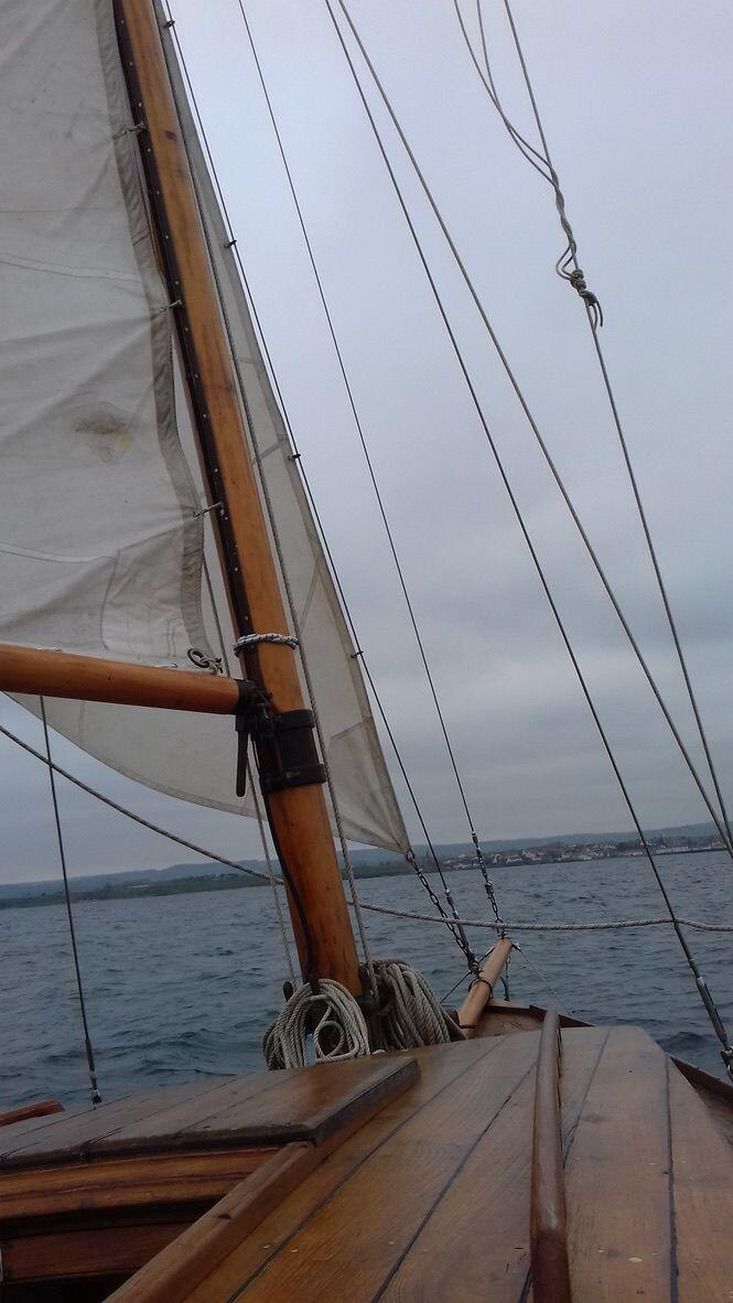 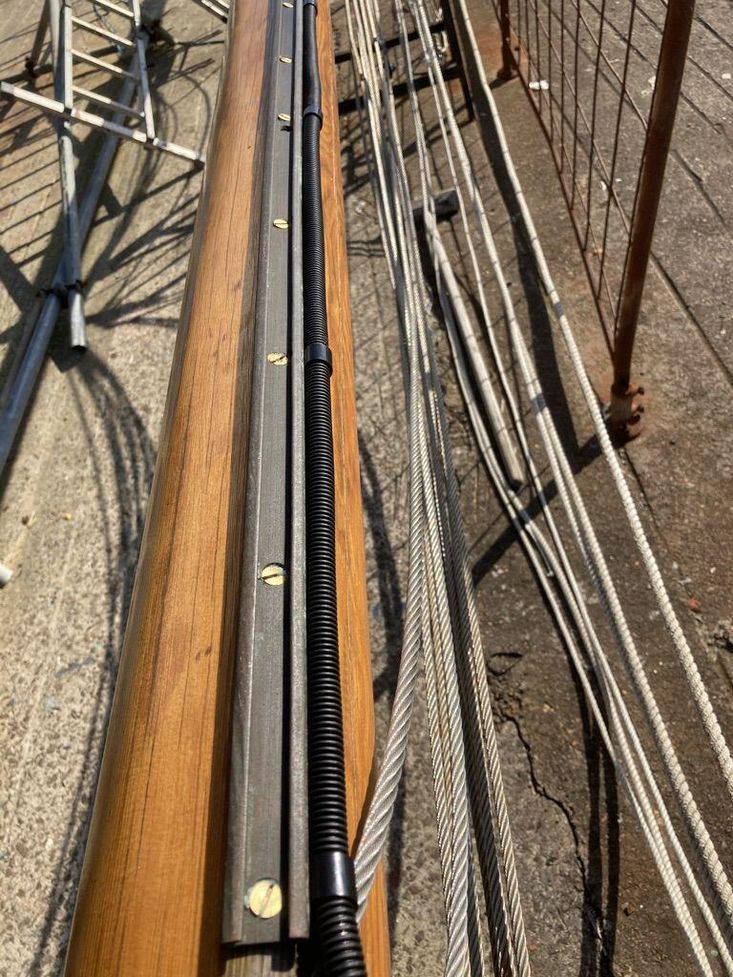 Mairi Bahan was designed as 26-foot gaff rigged day racer by (Uncle Rouse) H. S Rouse, Vice-Commodore of the Hong Kong Yacht Club and a yacht designer. Converted to Bermudan on the 60s. Around six of his yachts are thought to have survived into the second Millennium. The most famous of these is the Tai-Mo-Shan which has an illustrious sailing history but best known now for her starring role in the first Mama Mia film. History that came with our boat is Mairi Bahan was first of the ‘W class which was initially built and named Typhoon, may have changed to Mairi on her return to UK. Built by the Hung Hom Hop -Kee shipyard in Hong Kong. She is teak with on an iroko frame and a tear drop cast iron keel. The “w” class was designed by Rouse at the request of the Royal Hong Kong Yacht Club who wanted a four-tonner class. Seven were initially built. The last owners of Typhoon in Hong Kong we can trace are D..Campbell and Capt. F. C. Tracy. As we have no direct link to leaving HK, we can only say MB was one of the initial seven built between 1927 and 1933.

Single cabin with two berths. But in space for cooker and sink.

The hull is all teak planking which has just been stripped out re calked and sealed.Teak decks refurbished cleaned calked and resealed.

In board shaft drive Perkins Peruna 27hp. Just completed a full strip down and refurbishment with all new gaskets and seals. Has alway started first time and has run smoothly.